Vic is a (former?) pirate who is distracted by all that glitters.

Since she can remember, Vic has always spent her time at sea; she’s known no other home. Sure, she’s spent her time on shore, but usually only to get supplies or raid some unfortunate souls for treasure. She’d gotten in good with a fleet of pirates known as the Demons of the Sea, having spent nearly two decades in their company. The Demons of the Sea had only one enemy, a rival fleet known as the Black Devils. They had struck blows at one another here and then, each besting each other, getting away with treasure before the other could. One raid, however, went much worse.

Bent on ridding themselves of their rival, one night the Black Devils set up an ambush at a rumored treasure spot, waiting for the Demons of the Sea to arrive. The Demons had no idea. Through winced eye Vic saw many of her crewmates slaughtered. She stood in shock, and soon fell to her knees as the scene blurred. Moments later, her fight-or-flight response kicked in. Flight. She darted off into the nearby tropical forrest. Hearing pursuit behind her, she ran faster and further than she ever had before. Over the fallen tree. Through the brush. Under raised roots of a tree. Up the hill. Right to a cliff’s edge…Footsteps behind her, her heart pounding in her chest. The dark horizon in front of her, with waves crashing on rocks 100ft beneath her. She was cornered; she had no place to run. This was it. She looked in every direction, for the even the slightest glimmer of hope. Nothing. Black Devils were approaching, just now exposed out of the brush. She did the only thing she could think to do. She jumped, eye-closed. On her way down, she began to see something in front of her, a blue light. As she fell closer and closer, she came to see it as a portal. She fell through and arrived in Golem City. 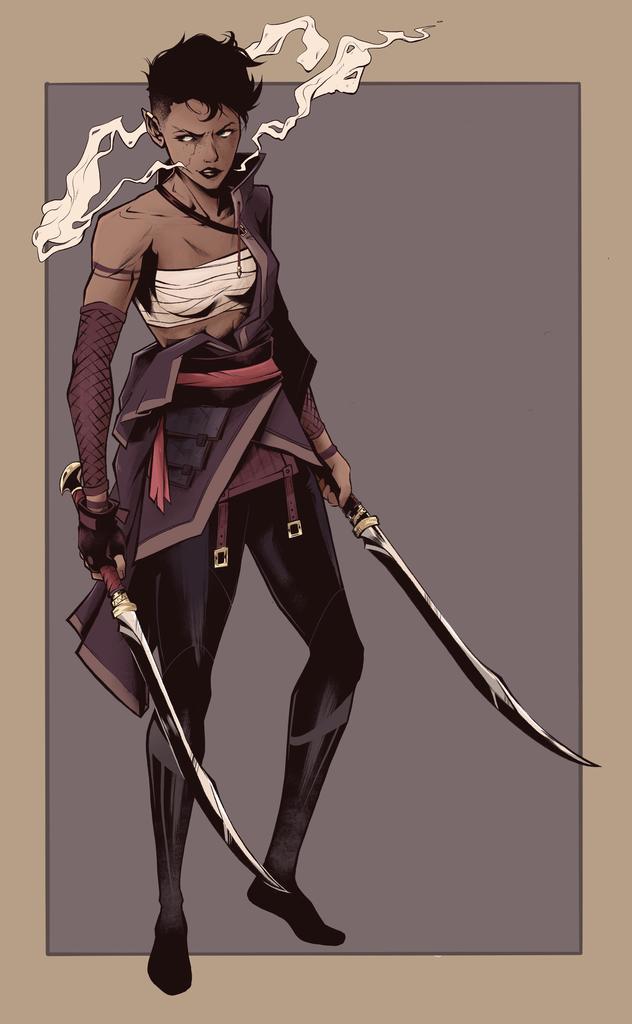