Working at Candlkeep as a follower of Mythrien Sarath, Menagroth was in prayer when he received a vision of wizardry and power. Through these visions, he was shown that he could release Mythrien from his exile and return to Faerûn, if he were to begin studying the power of the arcane. Through this arcane power, and with the knowledge of forge Menagroth could create powerful items, specifically a ring that can release Mythrien.

Following these visions and studying his first spellbook late one night in the Cloister library… a blue gate opened before him. Taking this as a sign from his Mythrien… he walked through.

Finding himself teleported to Golem City, this place seems like exactly what Menagroth requires to access the resources he needs to become the master craftsman he is destined to become. 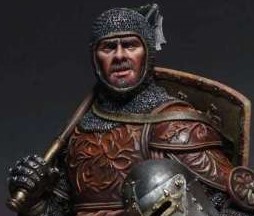