Foorjul spent the first 30 years of his life looking for a place to fit in. He was a hothead amongst his family, but painfully slow to act compared to most of the members of other races he encountered.

His childhood was happy but underneath his surface contentment there was a gnawing concern that he was missing something, and so at the age of majority he left his family and set off into the world.

He spent time wandering the world seeking the answers to the questions he didn’t know how to ask, making mistakes along the way for most of a decade.

Eventually, he came to terms with his discontent through the practice of his childhood faith, and he revisited another lost element of his childhood – Sculpture. Combining faith and sculpture he eventually settled into a contented living in a temple in a large city, sculpting for the church, and occasionally taking commissions from members of the church’s wider community, especially when such things were to celebrate unions or to help commemorate the deceased (though he often refused to take commissions that involved the celebration of violence, war heroes and the like)

a year ago he came into his workroom to place the finishing touches on a piece that was to be a gift to a young couple who had just married – the two newlyweds posed inside a large marble arch sculpted in the form of a trellis of vines and flowers. Only instead of the newlyweds the trellis was filled with a large blue door, still made of marble, that swung open easily when he touched it.

Since then he’s been in golem city, lost and confused, trying to find that same sense of contentment in a world that is totally different from that he’d known before. 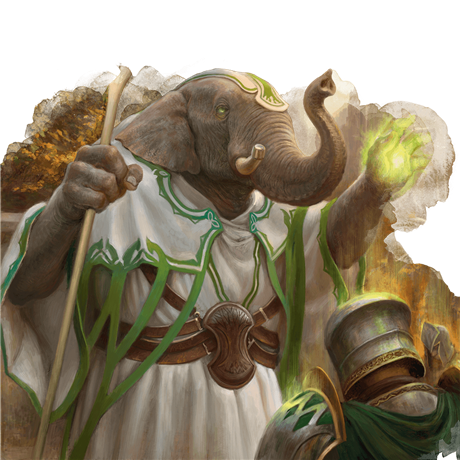