Born to a middle-class family of bankers in Tymanther. Copper led an uneventful and happy life through his adolescents and early adulthood. An early apprenticeship at Valint and Balk Banking Co. proved very successful catapulting through the corporate ladder rather quickly. While never the smartest he always had good gut feelings for investment.

At the age of 25 a devastating attack by a blue dragon left 5 city blocks in ruin. No one he knew was affected. In fact, it led to a huge return on one of his recent investments in a stone quarry. Disgusted by this he enlisted in the military. During his first year of service he picked up a rather bad drinking problem. While on a campaign to claim vengeance against the aforementioned blue dragon Copper went on a huge bender and woke up with sullied trousers, a pocket full of pipeweed, and what seemed to be a very angry golem peering down at him. 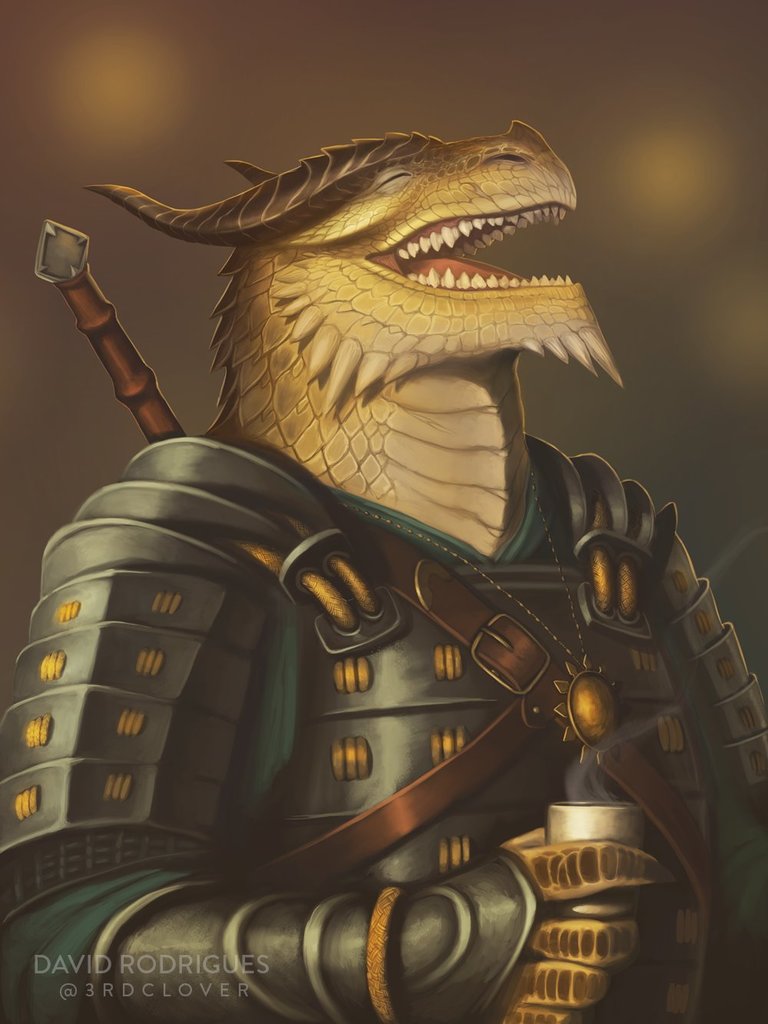